Our Building and Our Story 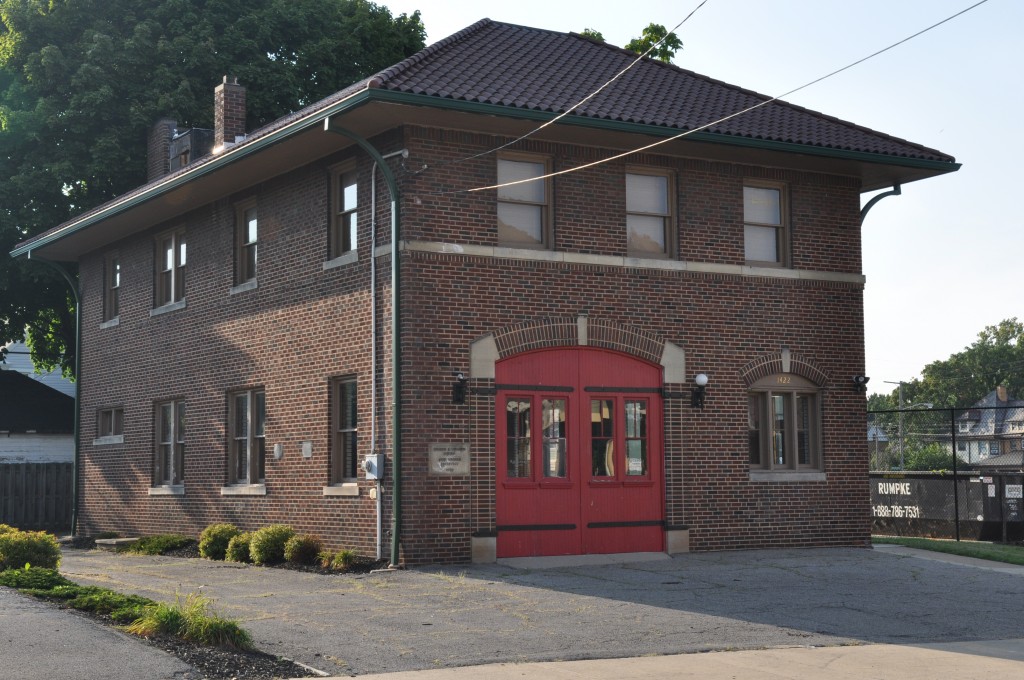 1926 – With the city of Lakewood growing and a need to expand the fire department, City Council purchased the property on Hopkins Ave. and made plans for the construction of a new engine house.

1975 – After a new station was built on Clifton Blvd., Engine House No. 3 was closed, and the space was rented to Great Lakes Shakespeare Festival (now Great Lakes Theater) to be used as office space and costume storage.

1991 – Great Lakes Theater purchased the building, and although they eventually moved their administrative office to Playhouse Square, the company’s costume shop remained in the old firehouse for several years.

2014 – While the first floor of the firehouse was being reserved for parties and family gatherings, Rockport resident, Molly Bondellio, noticed that the front room upstairs (originally the bunk room) was going unused. So, she obtained permission to use the upstairs space for practice during completion of their 200-hour yoga teacher training. Upon certification, she began offering a few informal classes, and that’s how Firehouse Yoga was born!

2015-2018 – Fellow yoga teacher and Rockport resident, Nicole McLaughlin-Lublin, joined Molly to offer a few weekly classes of her own. They began to grow the studio bit by bit, first through word of mouth and then by building an online presence, adding additional teachers to the co-op, and expanding local marketing efforts, until Firehouse Yoga became a “small but mighty” fixture in the Rockport Square neighborhood.

2019-Today – In 2019, Molly bid farewell to the Cleveland, passing the Firehouse Yoga baton to Nicole. In early 2020, Lakewood Firefighters Local 382 acquired the building from Rockport Square and are in the process of restoring the firehouse for the newly formed Lakewood Professional Firefighters Historical Association. Firehouse Yoga will continue to operate in the upstairs bunk room. Nicole and Local 382 share the goal of ensuring that Engine House No. 3 remains both a neighborhood gem and an integral part of the Lakewood yoga community.

Searching is in progress

Connect with us on social media!